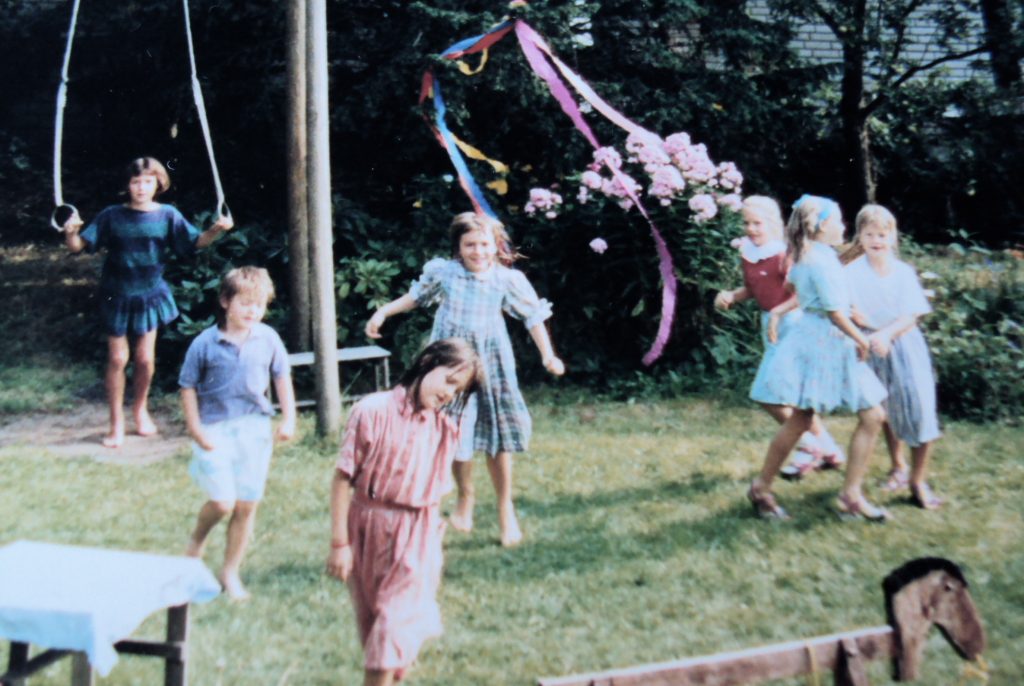 Eva Burghardt is a freelance dancer, choreographer and teacher of dance and performance, based in Berlin.

After graduating in contemporary dance and choreography at SEAD (Salzburg Experimental Academy of Dance) and studying at the NYU Tisch School of the Arts in New York, Eva moved to Berlin.

Here, she studied Theatre Science at the Freie Universität Berlin and performed in her first freelance projects, such as finish tango, a duet with Nina Wehnert and Our theatrical plural selves… in collaboration with Itetel- flying backwards.

From 2008–2010 Eva moved to Bern, where she completed her Master’s in Scenic Arts Practice at the Hochschule der Künste Bern, for which she received the Beatrice and Otto Tschumi scholarship for Masterstudies in Tanz-Theater. During her time in Switzerland she worked with Ralf Samens, Lukas Bangerter/PLASMA and VA Wölfl/Neuer Tanz.

Eva’s solo Shut up and love me was her first collaboration with the musician and sound artist Till Hillbrecht and the stage designer Flurin Madsen. The piece premiered in Südpol Luzern and was invited to the 20. Tanztage Berlin in Sophiensaele.

Over the last years she has been choreographing and/or performing in several pieces, collaborating with fellow artists Naïma Ferré, Elma Riza, Sheena McGrandles, Francesca Honegger, Antje Velsinger and musicians such as Benedikt Bindewald, Neta Rudich, Sebastian Flaig and Daniël Ploeger. In 2012 she started her first collaboration with the Melbourne based Triage Live Art Collective.

As a dancer and performer she has worked for Michael Simon Salome at Staatstheater Braunschweig, Eeva Muilu Unlearning and Discovery at Dock 11, and as a guest dancer in Achim Freyer´s Messa Da Requiem at Deutsche Oper Berlin and in Eugen Onegin at Staatsoper Berlin among others.

Since over 10 years Eva is giving workshops for kids, youngsters and adults (i.e. for Chance Tanz and FSJ Kultur) as well as regular classes in Berlin (Tatwerk, Urbanraum, VHS Lichtenberg).

In 2011 she started working as a lecturer/instructor in Dance and Performance Studies at Bard College Berlin and since 2013 she is teaching at the University of Applied Sciences Emden/Leer in the department for Social Studies and Health.

2017 she began researching a new field Biography in Movement, creating performance projects with people between 16 and 96, in which she is exploring the edges between biography work and dance. In November 2018 she gained the license as a non-medical practitioner in psychotherapy.

Her driving force in doing choreography, dance and teaching is greatly influenced by her interest in improvisation and instant composition, as well as an interdisciplinary approach to work.